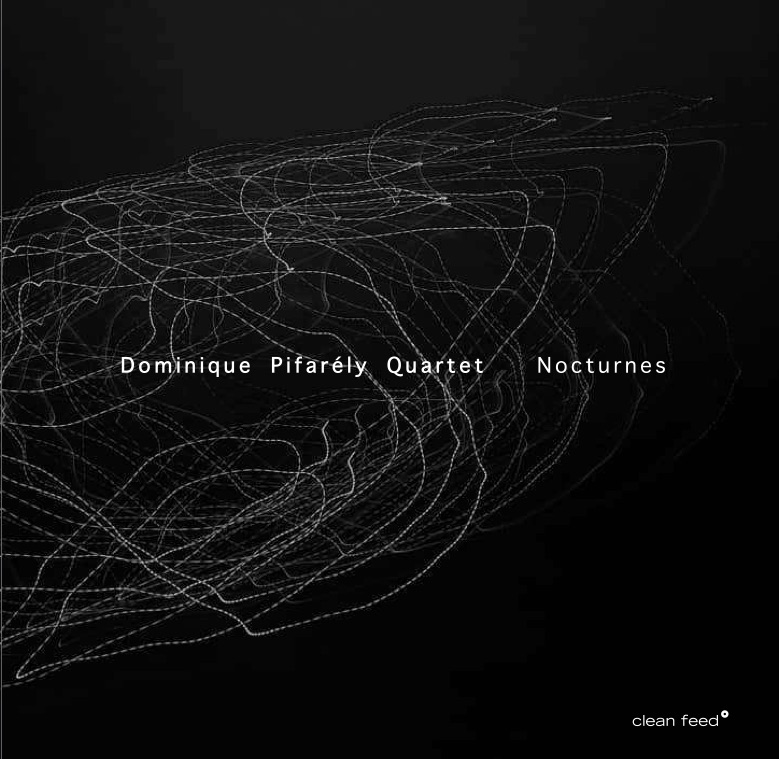 Any new recording by French violinist Dominique Pifarély is good news. Being his quartet with Antonin Rayon,Bruno Chevillon and François Merville his more enduring band, this former companion of the also French reedist Louis Sclavis benefits from the maturity of this project, gained through the years, but also from an attitude of always reinventing itself, going to places that we not explored before. Interesting would be to compare this “Nocturnes” with “Tracé Provisoire”, the album recorded by the Dominique Pifarély Quartet for ECM. If this previous one had the undistinguishable mark of Manfred Eicher’s production, the first evidence of  difference when listening to “Nocturnes” is in Sound. More is to come, even if there’s similar poetic atmospheres and, as a composer (and particularly brilliant at that task), Pifarély continues to put his writing at the service of the collective and of their improvisational work, be it the ensemble or the individual solos. Besides the pleasure these four exceptional instrumentalists give to our ears, the way in which the composed and the improvised intermingles in this collection of pieces is a very strong factor of enthusiasm.